Welcome to Anfostar_The tenth professional wrestling pay-per-view event is looming large before we head up towards the remarkable and one of the largest event in WWE history the WrestleMania. This time Elimination Chamber event will take place on March 8, 2020, at the Wells Fargo Center in Philadelphia, Pennsylvania. While the event usually had the prevalence in February but this will the first event to be held in March. The event has concluded its first women's Elimination match which took place on Feb. 17, 2020.

Aleistar Black goes against AJ Styles in a No Disqualification match

Becky Lynch has been on the best way to defend her title against anyone in the ring. Lastly, she competed with her much-concerned rival Asuka who stakes her chance for the championship match for the several times and finally, Becky Lynch proved her kind of resolution that she has gotten inside her by defeating Asuka twice in a title match so now Asuka is no stranger to the title, she will get to have a chance to meet Becky again for the title opportunity.

For Baszler_it the newly forged rivalry that will go far beyond as we know it. Shayna Baszlar appeared on the episode of Raw, apparently, causing The Man dripping in the blood as he took a bite out of The Man on Raw. The two times NXT Women's Champion has steeped up in Raw and she is game to hold her chance to dethrone. For the time being she is the most dauntless competitor to challenge Becky Lynch. We also observed her at the PPV Royal Rumble when she went on to eliminate 8 women which was the tier record of the most elimination in Sigle Royal Rumble including Bianca Belair at the same night.

In fact, former allies — Morgan and Logan — who represented the now-defunct Riott Squad in last year’s Women’s Elimination Chamber Match to crown the first-ever Women’s Tag Team Champions has been the experienced to Elimination Chamber match which will be handy for them. Ruby Riott who recently returned on Raw, drastically attacking Liv Morgan during a match with Lana. Now it will the best chance for Liv to take her down.

Natalia is the only women in WWE history who has competed in more Pay-per-View evets which stands for the experienced women to hold her chance to win the chance against Becky Lynch. So, it will be interesting seeing the rivals in the ring claiming their chance to challenge Becky Lynch.

Let's see who gets out as the champ to an opportunity to challenge Raw Women’s Champion Becky Lynch at WrestleMania 36.

WWE has announced two more matches for Elimination Chamber event which is around the corner. Braun Stroman will have the odds stacked against him as he defends his Intercontinental Championship against Nakamura, Cesaro and Sami Zayn in a Three on one Handicap match. Tag Team Champions The Miz & John Morrison will be defending the titles against five other tag teams inside the unforgiving Elimination Chamber. The match will include, Tag Team Champions The Miz & John Morrison, The New Day, The Usos, Heavy Machinery, Lucha House Party and Dolph Ziggler & Robert Roode.

On SmackDown We saw Renee Young in the ring for the concern of contract signing for Intercontinental Championship match between Braun Strowman and Nakamura.

Sami interrupted him saying that if you are ready to fight three of us then pick a Three on one handicap match between Sami, Cesaro and Nakamura vs Braun Stroman. Each by each they went on to sign the contract.

Tag Team Champions The Miz & John Morrison will be defending the titles against five other tag teams inside the unforgiving Elimination Chamber. The match will include, Tag Team Champions The Miz & John Morrison, The New Day, The Usos, Heavy Machinery, Lucha House Party and Dolph Ziggler & Robert Roode. The Usos are no longer stranger for Morrison and The Miz as they completed the odds by defeating them on the post-SmackDown episode. The New Day lost their titles at Super Showdown at the hands of The Miz and John Morrison and now they are on the similar path of retribution to get back their Championships.

The Street Profits vs Seth Rollins and Murphy

Raw goes home fetched two more matches for Elimination Chamber, the one which will be held for Raw Tag-team championship rematch between The Street Profit and Seth Rollins & Murphy, who lost their time on Monday Night Raw. Now The Monday Night Messiah will be staking their chance again to recapture their title.

We saw AJ Styles defeated Aleister by the kind of involvement from The O.C. Aleister had an encounter with the entire time of The O.C. and he defeated two of its member but he lost the fight against AJ Styles. Now it will a No Disqualification match between AJ Styles and Aleister Balck at Elimination Chamber event.

We noticed that Following the vicious attack from Andrade on Raw, Humberto Carrillo was taken away to check out for any causative injury by a local medical facility who after testifying the concern, allowed him to fly home and followed-up an examination to be at home for the rest.

Later, Andrade defeated Rey To become the new champion which took Humberto back into action against Andrade at Survivor Series for United States Championship but he too got defeated at that time. WWE Suspended Andrade For 30 Days For Violation Of The Company's Talent Wellness Policy, meanwhile Zalina got the hands of Humberto's nefarious cousin Angle Garza who defeated Humberto twice. Certainly, this has filled Humberto with totally slammed feeling.

Now once again Humberto his destined to ear the chance to sling his shoulder with the United States Championship by defeating Andrade at Elimination Chamber match. Now Humberto is filled with lofty aspiration as he got the back from Rey Mysterio who teamed up to defeat Andrade and Angle Garza on Raw goes-home episode.

As the cold-blooded Superstar seems willing to stoop to any low to maintain his grasp on the title. Now everything will be in the Elimination Chamber, so there are no chances for someone to come down to generate the distraction.

Will Carrillo finally walk away as a champion, or will Andrade have another way out to escape with the championship?

At WWE Elimination Chamber, Drew Gulak will collide Daniel Bryan in a highly anticipated match as the challenge was laid down by Daniel Brayn to Drew Gulak on SmackDown into the training room.

We have seen Drew trying to entangle with Daniel Bryan for weeks, apparently, setting down several superstars to fight with Daniel Bryan including Heath Slater and Curtis Axel as of last SmackDown. but each and every time was pulled out with a defeat as Daniel showed his potential by defeating tow of his students.

Bryan found Gulak to be much annoyed with when that failed in both cases he was taking issue with those on the losing side of the matchups. In response, Bryan proposed Gulak meet him in the ring at WWE Elimination Chamber so he can employ his weaknesses firsthand.

Now the trainer will be in the match against Daniel Bryan to do what exactly he has done to train Heath Slater and Curtis Axel. 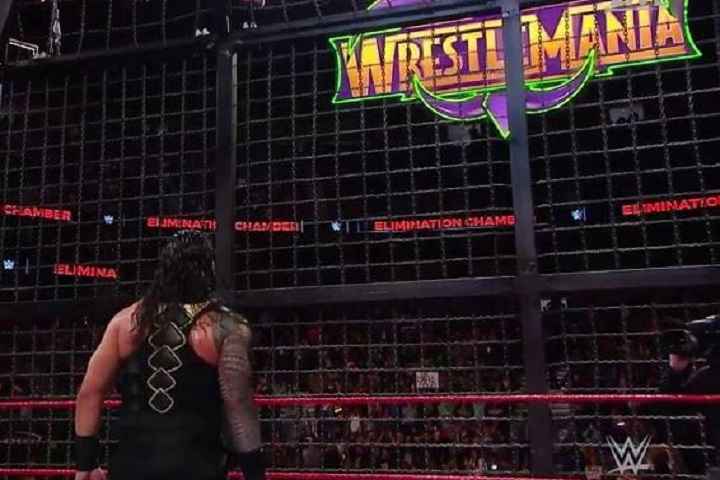