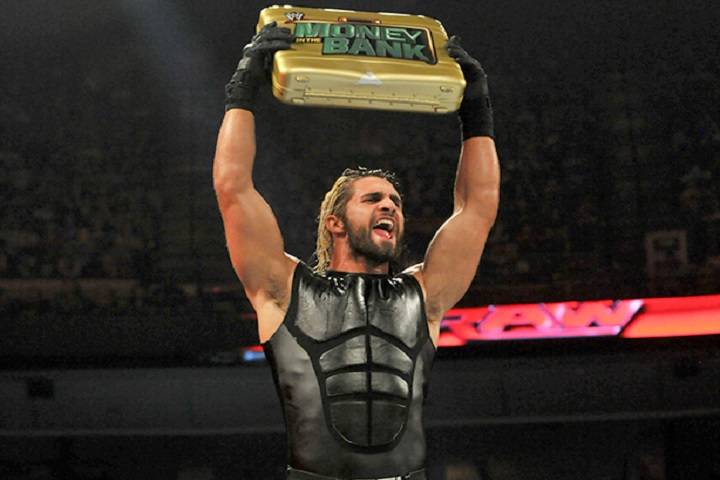 Kane and Dean Ambrose are the shortest reigning Money In The Bank holders, Kane becomes the shortest-reigning holder to hold the contract for 49 minutes. Kane and Kofi Kingstone have the Most Money In The Bank appearances at 7. Seth Rollins is the only wrestler to case-in at WrestleMania and the First to cash in while a championship match was in progress.